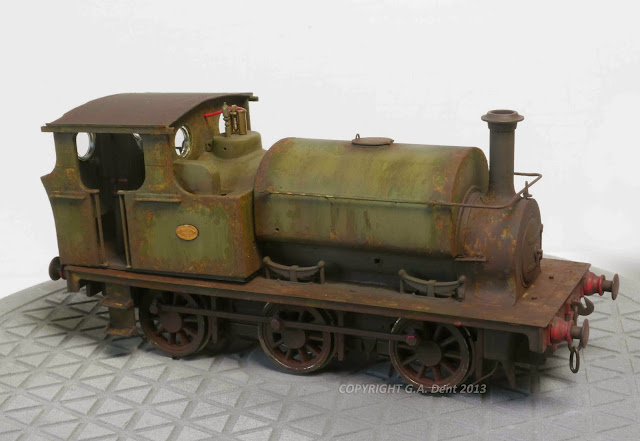 One of the things I love about model making is the act of taking what's in my imagination and producing a 3D object - a sort of materialisation of a visualisation, if you catch my meaning?!

Anyhow, with the Ixion Hudswell, Clarke loco in a semi-assembled state, following the early stage of weathering, the model is starting to look the part. I spent quite a while ruminating on the exact visual effects that were desired, then planning how they would be achieved and with what products/materials. So far, it's all going (mostly) to plan, with some lovely peeling paint on the smokebox and bubbling paint caused by severe corrosion of the steel bodywork.

I'm probably about halfway along now, with a few jobs to complete before the cab can be assembled properly, followed by the reinstatement of the various bits of plumbing and other working bits and bobs, such as the reverser rod. I also need to fabricate a wire mesh spark arrestor, which should be fun.

Don't forget that a full demo of this project will appear in Model Rail issue 192, out in late January.