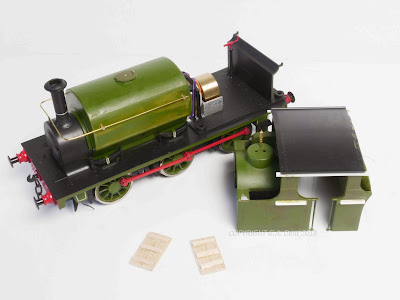 I've made a few minor detail alterations on this Ixion Models RTR 'O' gauge loco, and scratchbuilt some wooden cab doors, along with runner brackets for a set of sliding shutters. I've been using a number of prototype images as a guide, being particularly inspired by the preserved Wissington, during the later years of its working life out in the Fens of East Anglia in the 1960s.

With all the modifications made within a day, weathering has begun, making use of a number of new Modelmates paints. Rust Effects is now available in three different shades: Yellow, Copper and standard, and they combine to great effect and contain a texturising ingredient that dries to an incredibly lifelike rendition of real corrosion.

As you can see below, I've decided to really go to town on this loco, creating the effect of a hardworking industrial loco, operating in a harsh environment, towards the end of its life. There's still a lot to do, so I'd better get back to it! 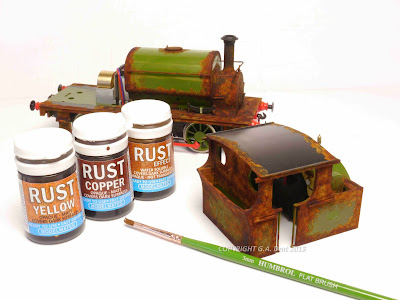