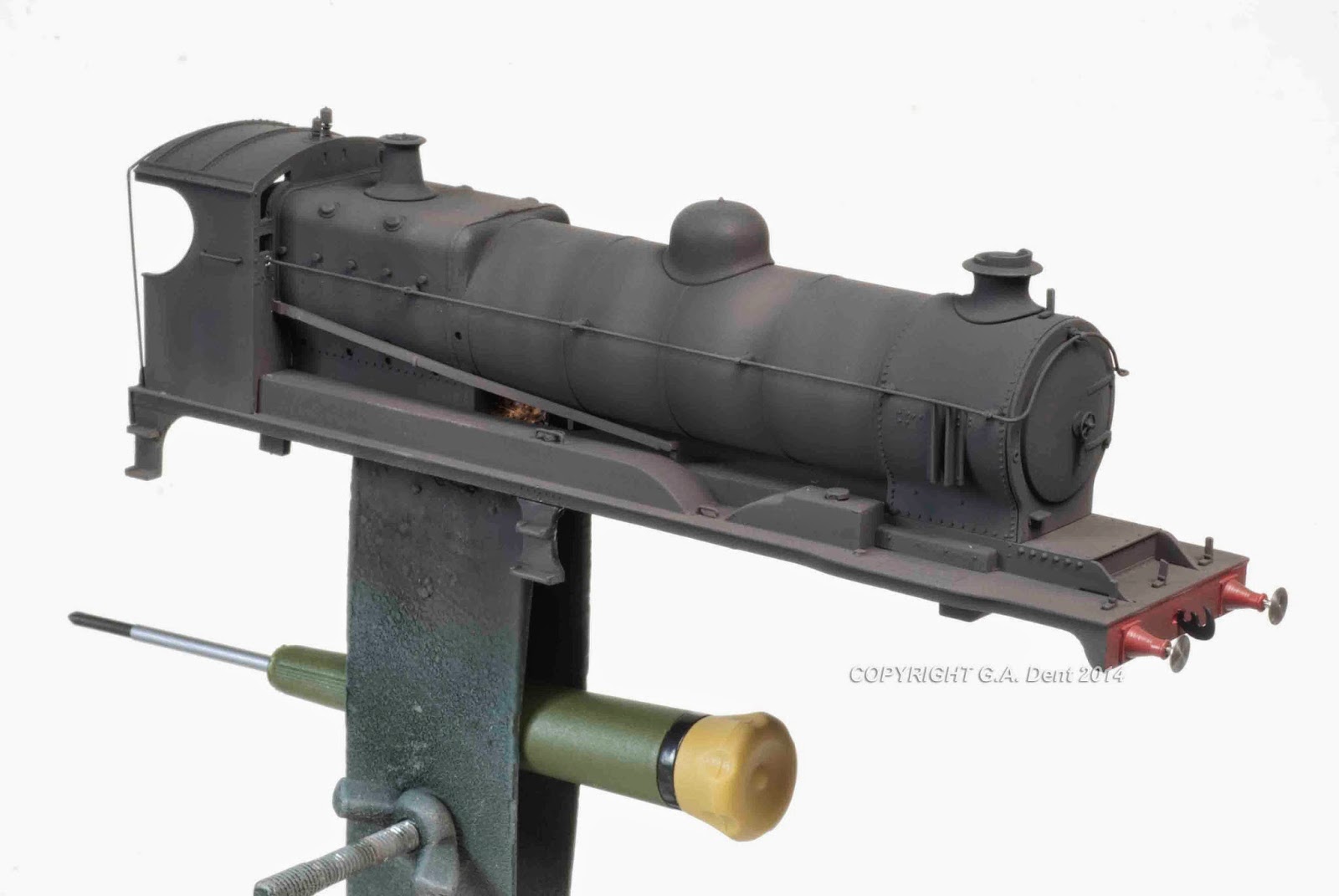 The Bachmann 'ROD' is nearing completion, with the airbrushed weathering giving the loco a suitably work-stained appearance. My chosen prototype, GWR 3085, looked pretty dishevelled and unloved in the images that I'm working from. The photos are undated but some research puts them at around 1926/27 and, given that the real thing had been scrapped by 1930ish, it enjoyed a very short career on the GWR. Indeed, it looks as if it was simply patched up and put straight to work after purchase from the War Department in the 1920s.

I'm aiming to follow the prototype image as much as possible and the tender is going to need some special treatment - but more of that later.

Incidentally, the weathering on this model is being done with a new Harder & Steenbeck airbrush that I have received for review. It's an 'Infinity CR Plus' 2in1 device, with a choice of needle/nozzle sizes to suit different tasks. So far, I've been using the larger size needle (0.4mm) for the general painting and weathering, but I'll soon be trying the 0.15mm needle for the detail work, especially limescale streaks from the washout plugs that were a prominent feature of the real loco.
Labels: Airbrushing Bachmann detailing GWR loco Model Rail OO painting Steam weathering