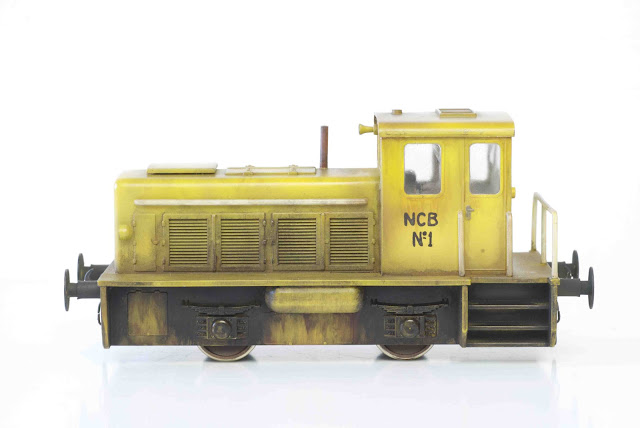 Between laying paving flags and tending the vegetable beds, I managed to get some work done on this Knightwing diesel shunter kit over the weekend. The weathering needs a little more work and there's a couple more tiny details to fix in place, but it's more or less finished. The Black Beetle motor bogie has been installed and the loco has made it's first shunting moves within Maudetown Colliery's sidings. She's quite a nice runner, helped by the 'ballast' fixed inside the bodyshell and there have been no problems shifting my rake of loaded HAA hoppers. Mind you, as the layout's only small, I only run a maximum of six wagons, so that's unlikely to tax 'No.1'. 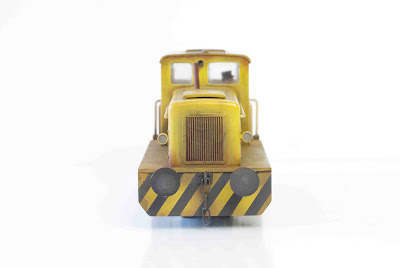 I'd been ruminating on a suitable name for this little engine. My other industrial locos have been given feminine names, but 'No.1' has more of a masculine air. After rummaging through my spares box, I came across a solitary Imperial nameplate, salvaged from a Class 37 project of yesteryear - and this seemed as good a name as any. I think it even adds a bit of class.

I've probably said it before, but this is a cracking little kit and I'm already planning on building another! A full demo of how I built, motorised and finished the loco is to appear in my next book, more details of which will appear here later in the year. 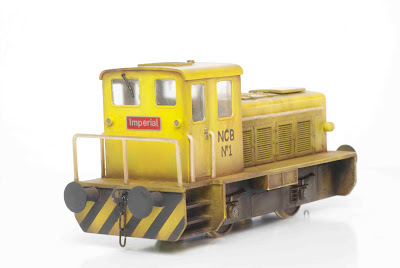