A DB van for use in Britain and on the Continent 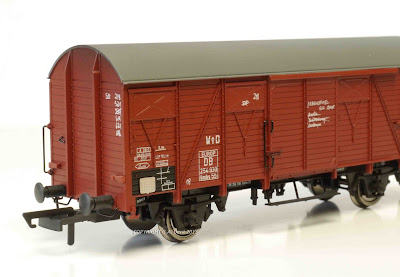 New from Golden Valley Models, is this great ex-Deutsche Bahn ferry van taken over by the British Army for the transit of stores between depots in the UK and West Germany, in the late 1940s/1950s period. Based on a Rivarossi 'HO' model, it's a lovely model with plenty of detail and authentic War Department markings, along with chalked destination markings for locations such as Longmoor, Marchwood, Dunkerque and Berlin.

It's ideal for anyone who likes to include some military traffic on their early BR layouts, perhaps in convoy with a rake of Warflats or Warwells. Look out for a full review in Model Rail in the near future. 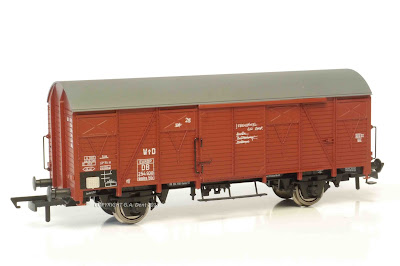