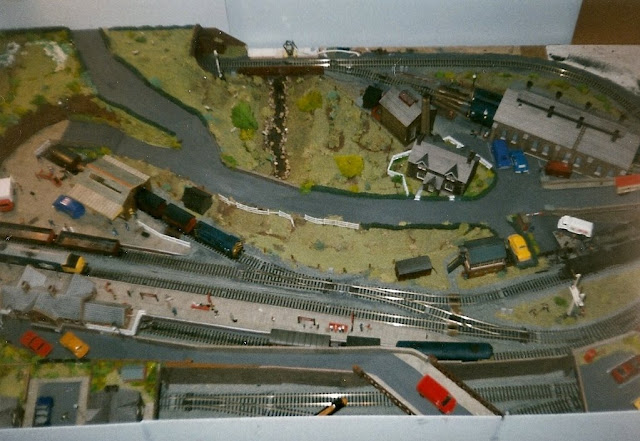 An aerial view of Dent Jnc c1993 when it was almost finished.


I had thought most of my pre-2000 photo collections had been lost when we left Liverpool but I recently found a small album of prints showing a pair of layouts that I built between the ages of 17 and 22. They were both quite different in many aspects but marked my first forays into building everything myself (ie without my dad’s expertise in baseboards, wiring and planning etc). Neither was 100% successful, I must admit, but the problems were more to do with space than anything else. 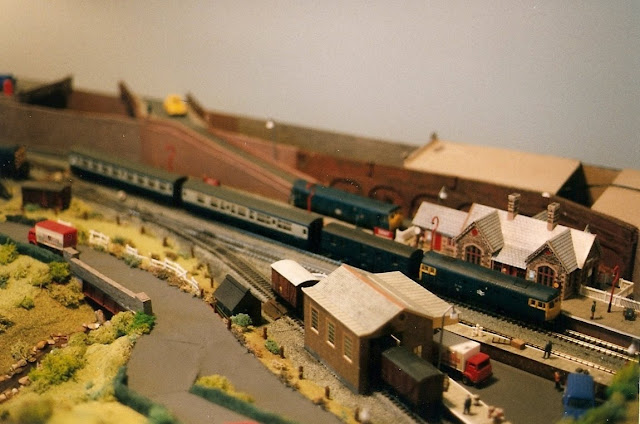 One of my old favourites: a Lima Class 27 stands at Dent Jnc station

Here is Dent Junction, built between 1991 and 1993 and based loosely on a CJ Freezer track plan on a 6ft x 3.5ft board that slid on mini castors under my bed. This was a source of frustration as my bedroom was only really big enough for my bed, not a bed AND a layout! Thus, the board had to be pulled out and lifted onto the top of the bed in order to use it – not a good idea, not least as it was hard to level it out. I suppose it introduced realistic S&C-style gradients! 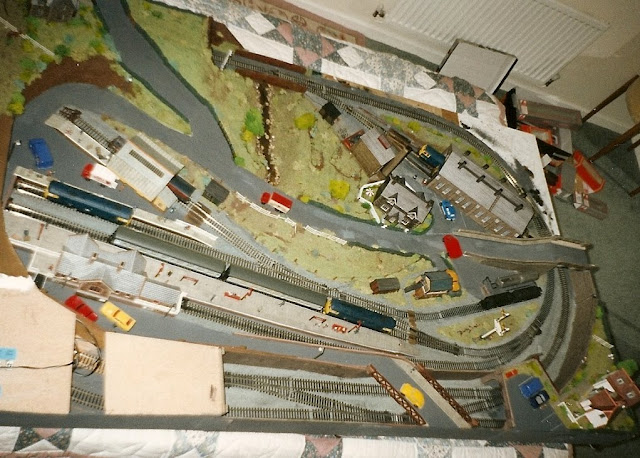 The hidden sidings allowed trains to pass each other but uncoupling could be tricky.

Bizarrely, I soon dispensed with my bed and took to sleeping on the floor. Yes, seriously! No one can say I’m not a dedicated modeller. A Metcalfe card kit of Dent station formed the fictitious terminal station and the location was christened Dent Junction. The track plan allowed for trains to run continuously around the oval, or be diverted into the station. A couple of hidden sidings allowed for variation and Lima Class 33s, 26s and 31s, plus Hornby 25s, 37s and 47s were the staple traction, along with the odd DMU.

The track plan offers a lot of potential and I’d be willing to revisit it in a different context, preferably extended slightly. The original plan was for a 4ft wide board, but that was just too wide for my room. I soon realised, though, that those extra 6in would have been helpful. Furthermore, using a mix of second hand points and track was never going to be a recipe for smooth running and the points for the MPD at the far side were tricky to reach (point motors were beyond my budget at this time). 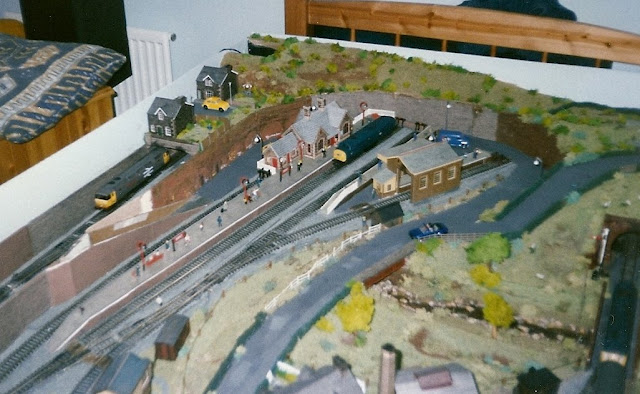 The terraced houses behind the station were my favourite as the interiors and gardens were fully detailed. The access road down to the station has been demolished here - I can remember dropping a football onto it.


I never finished this layout scenically – I’d gotten too frustrated with too many aspects of it and, upon moving away to art college, I had other priorities. However, I did decide to spend a bit more time planning the next project, images of which I'll post here soon. 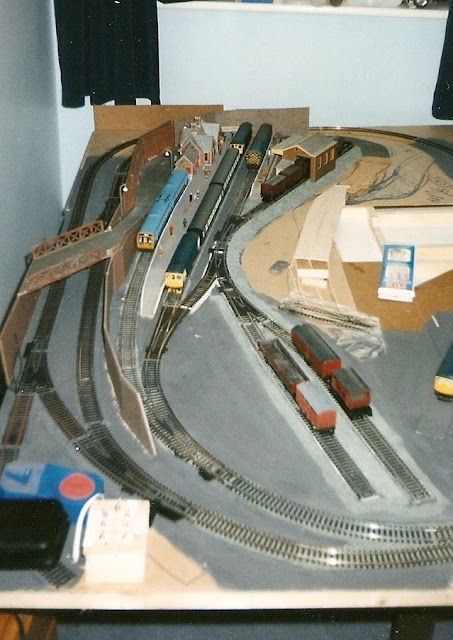 In its early days. Note the old Lima controller - a survivor from my childhood trainset. It had only 2 speeds: fast and supersonic. The bridge girders were from an old Scalextric set.