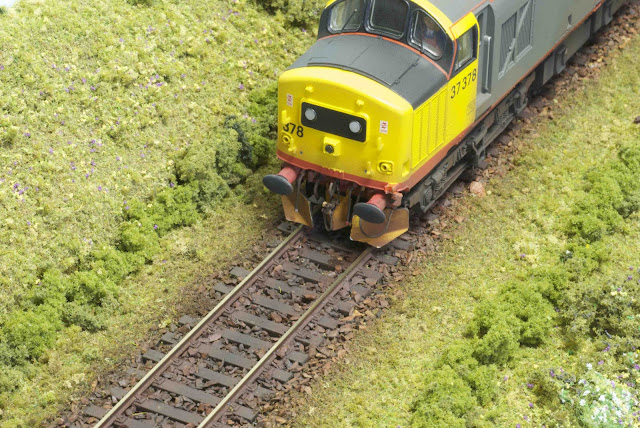 There’s a distinct Scottish theme to the forthcoming issue of Model Rail magazine (issue 166, out Jan 26), mainly to coincide with the excellent Model Rail Scotland exhibition in Glasgow in late February. We all enjoy trekking North of the Border for this annual 3-day mini train fest, it being my particular highlight of the modelling year. I’m always up for a trip to Scotland, although I still haven’t ventured further north than the Clyde valley and Edinburgh. Maybe this year I’ll make the time to tour the Highlands by train, as I’ve wanted to do since I was a kid…

But in the meantime, after several queries from Model Rail readers, I’ve produced a quick guide to replicating the distinctive red-hued ballast that is a common feature in Scotland, using some great new ballasts from Geoscenics.

The project also allowed me to create a new photographic diorama, which has given me a bit more variety when shooting loco and rolling stock portraits. Indeed, the scenic landscape was formed with an interesting new product that I’ve been testing for a manufacturer. It’s great stuff but it’s all hush-hush at the moment. Hopefully, I’ll be able to reveal more about it in Model Rail in the near future… 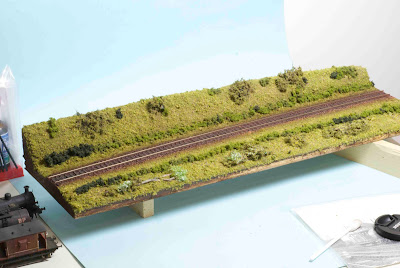