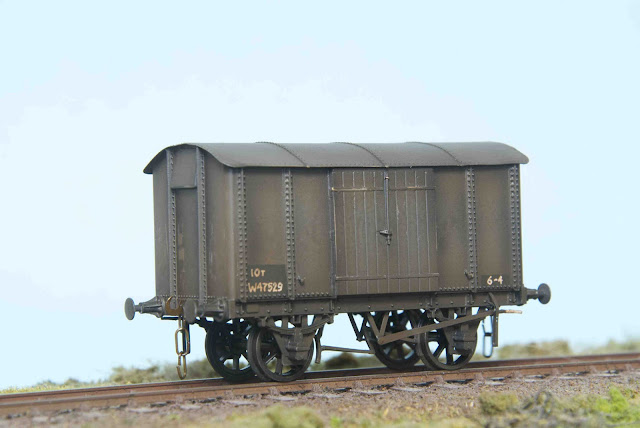 As mentioned in the previous post, a Ratio GWR 'iron mink' kit, first begun in 2004, has now been completed and is ready for service. After weathering and finishing, the fine moulded detail of the original kit and the Model Railway Developments conversion/detail parts, really comes to the fore. After all those years in store, it only took a few hours to paint and weather the van, not least as all was done with acrylics and an airbrush.

Another GWR wagon has also been completed: a Coopercraft kit of a 'Provender' wagon (below), also discussed in a previous posting. Now wearing NCB colours and markings, the distinctive vehicle has entered use as part of the stores fleet at Maudetown Colliery. 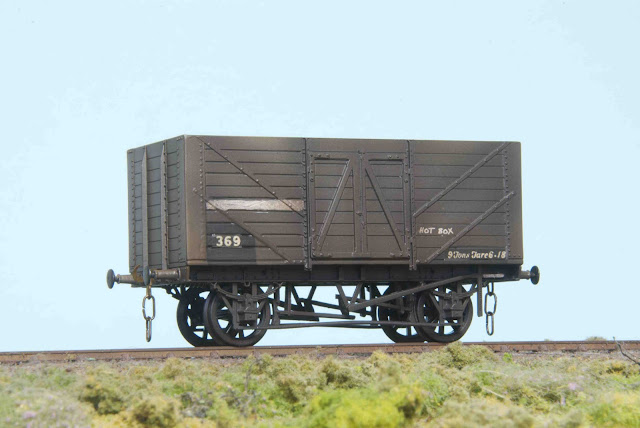